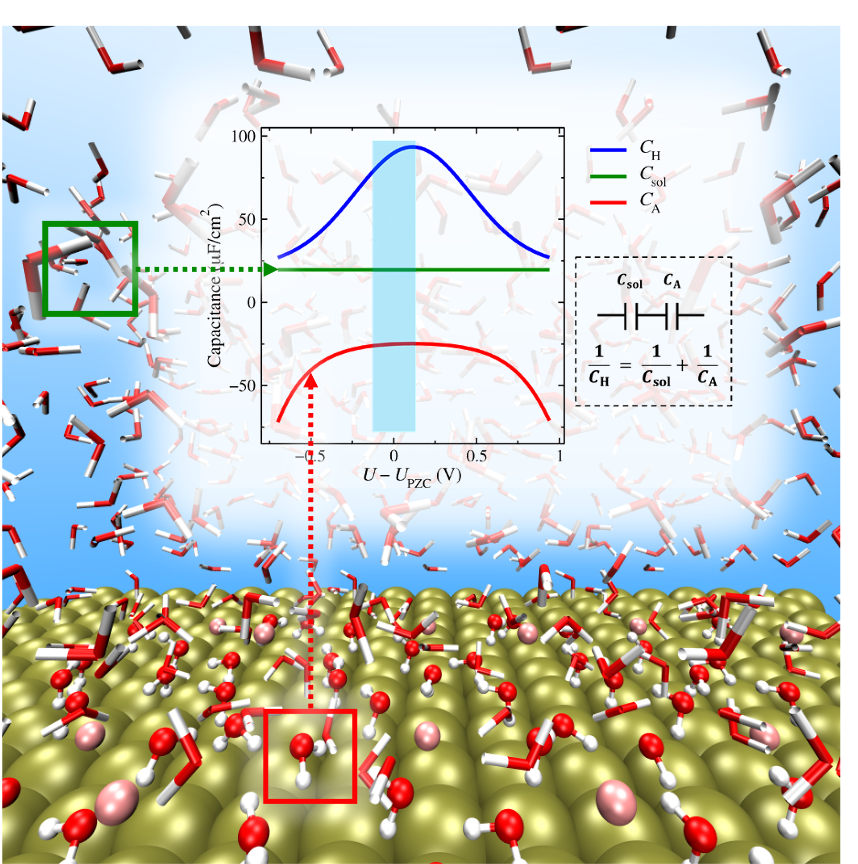 Electrified solid/liquid interfaces are the key to many physicochemical processes in a myriad of areas including electrochemistry and colloid science. With tremendous efforts devoted to this topic, it is unexpected that molecular-level understanding of electric double layers is still lacking. In order to investigate the electric double layer and the impact it has on the electrochemical processes, we first develop the computational standard hydrogen electrode (cSHE) method, making it possible to determine the electrode potential in the ab initial molecular dynamics (AIMD) simulation. With this powerful method, we then simulated the Helmholtz layer at some transition metal/water interfaces, including Pt, Au, Ag, etc., and some observations have been validated by experiment. Furthermore, we unravelled the structure and capacitive behavior of interface water, based on which we proposed a modified electric double layer model. This model shows that the interface water follows the Frumkin adsorption isotherm when varying the electrode potential, leading to a peculiar negative capacitive response. Our work provides valuable insight into the structure and capacitance of interface water, which can help understand important processes in electrocatalysis and energy storage in supercapacitors.

Despite the successes achieved by AIMD, this method suffers from the limited timescale and cell size due to high computational cost. We are thus trying to construct neural network potentials for metal/water interfaces with DeepMD-kit open-source package.

Xiamen University
College of Chemistry and Chemical Engineering
Contact us